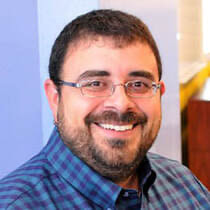 He continued his education at Clayton College & State University after receiving the Spivey Hall Full Scholarship Award, studying Piano Performance, Piano Pedagogy, and Music Composition. For two consecutive years, his compositions were selected to be performed by members of the Atlanta Symphony Orchestra in their Masterclass Composition Competition.

As a teacher, Fernando offers over 25 years of professional experience to his students, many of which have won awards and special recognitions. He has also taught and accompanied at Riverdale High School and Saint John the Evangelist Catholic School. He is an active member of the Coweta-Fayette Music Teachers Association (CFMTA), where he served as 2nd Vice-President and Student Activities Chair for two years and is currently serving his second term as President. In the Fall, Fernando will also be serving as Secretary for GMTA (State Chapter). His lesson curriculum is individually based and grounded in Classical Music and traditional piano literature. Fernando has also created over 200 arrangements catering to his students' musical taste and level of playing, from rock and pop to video games and favorite movie soundtracks—because having fun is equally as important as the accolades!